The Academy – Part 2: Among Greatness I got to the Academy early on Saturday morning. As I approached the mat, I saw a few pairs of slippers just outside. When I glanced in, I saw Rener and Lyoto Machida grappling. If I hadn’t already met Machida the previous summer in Las Vegas, I would have shamelessly pulled out my camera and taken a few photos — but I figured it was better to watch them grapple than act as a paparazzi no matter how tempting it may have been.

Throughout my time at the Academy there were many famous faces around. I think it’s only natural to think – Wow, I can’t believe I’m training at the same places as him/her. What struck me the most, however, was not that these big names were all around. Rather, it was their welcoming and warm attitude that really made an impact on me. There was no element of superiority about them at all. While I may have been thinking – What am I doing on the same mats as them? – Their casual demeanor and encouragement while drilling was more like saying – We’re all here to learn, and we’re all here to help each other.

From rolling with Mike Saffaie and getting some useful advice/training suggestions from him, to words of encouragement from Marina Shafir, to helping Brian Ortega on the mats during the kids classes … it was unbelievable. They made it feel like there was no difference between where they are and where I could be … you just keep training. Stay focused. Work hard. Don’t give up.

I think Grand Master Rorion’s words had the most impact on me when he simply said:

Welcome Home. This is your home now. 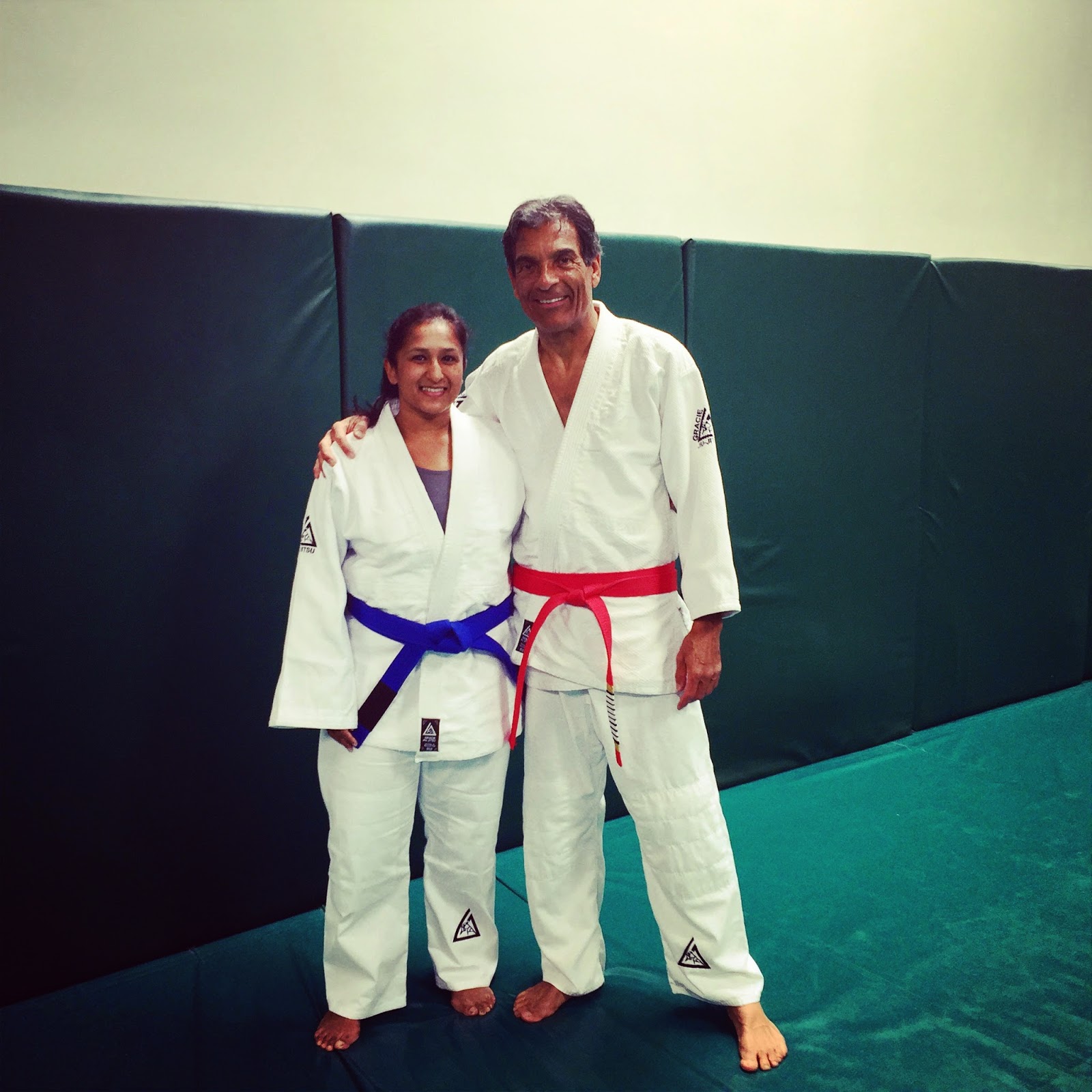 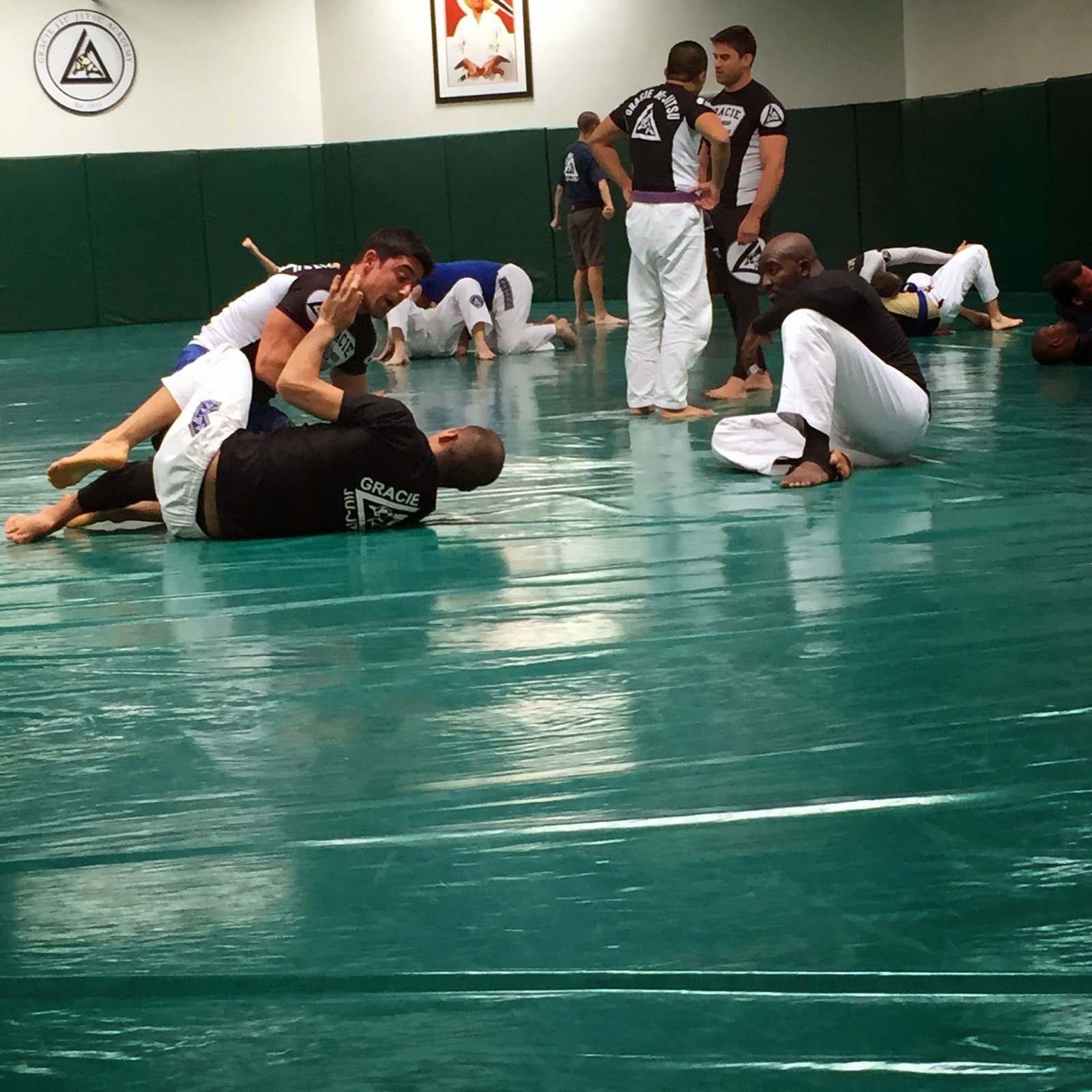 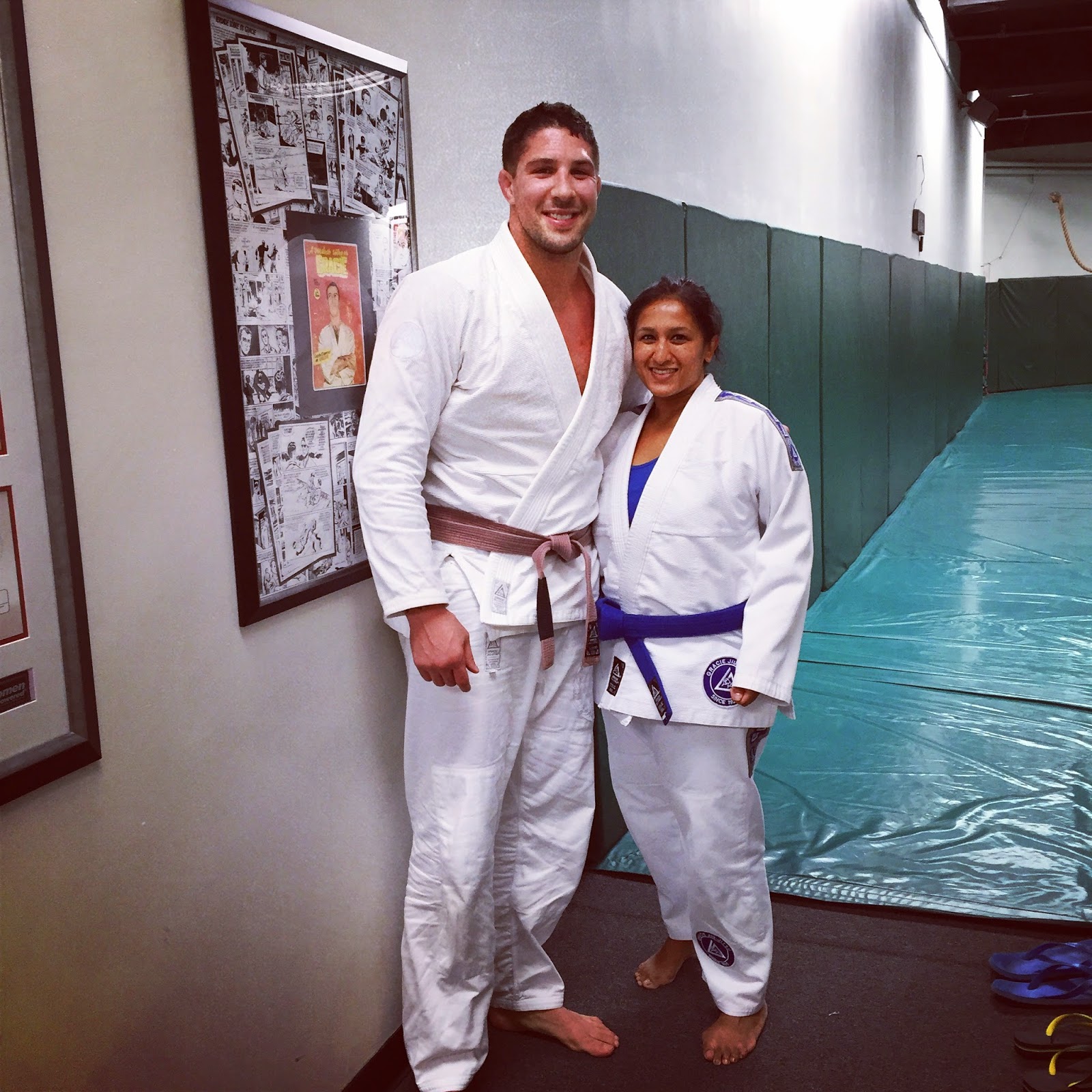 Brendan “Big Brown” Schaub and me 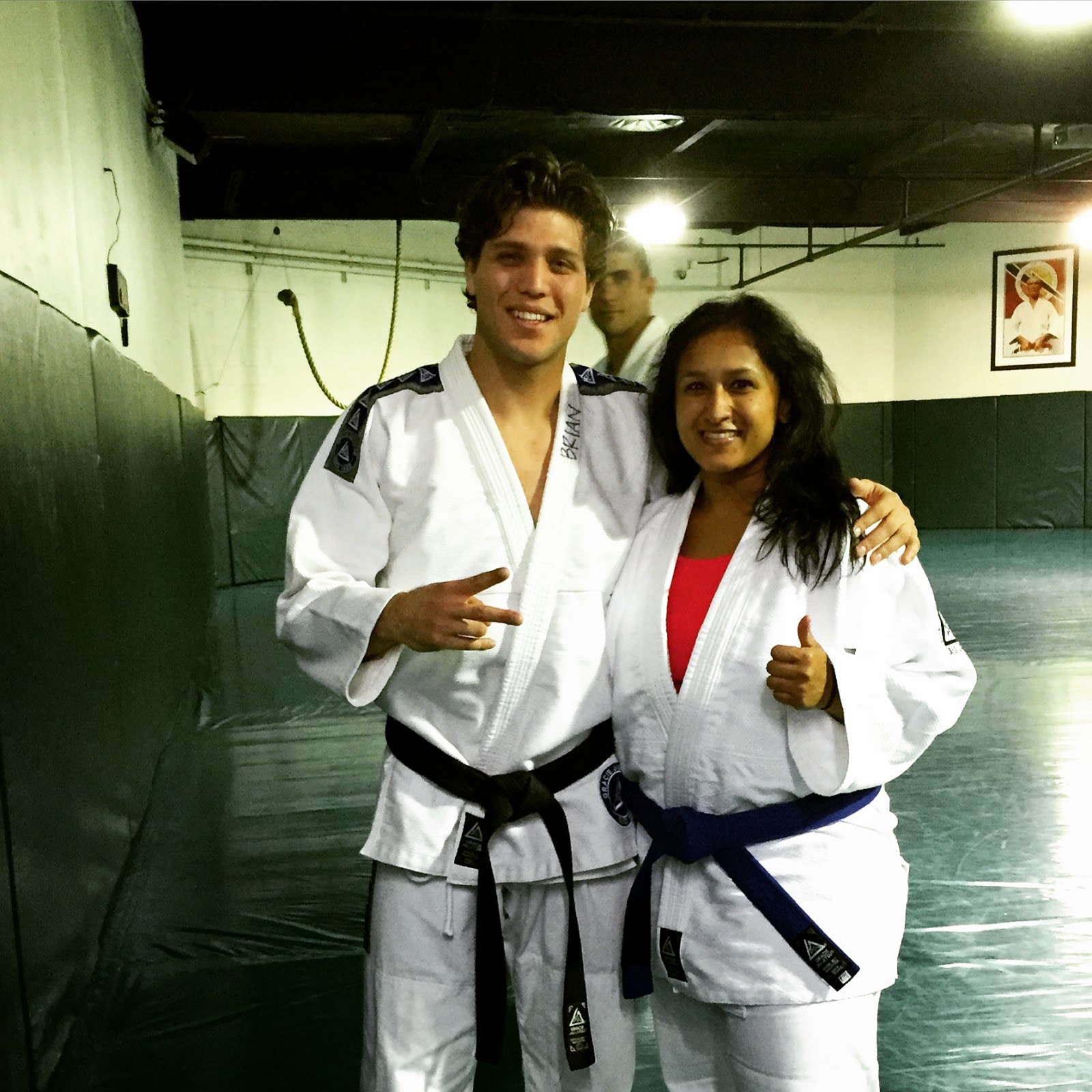 It was an unforgettable experience helping out with Brian Ortega’s kids class! 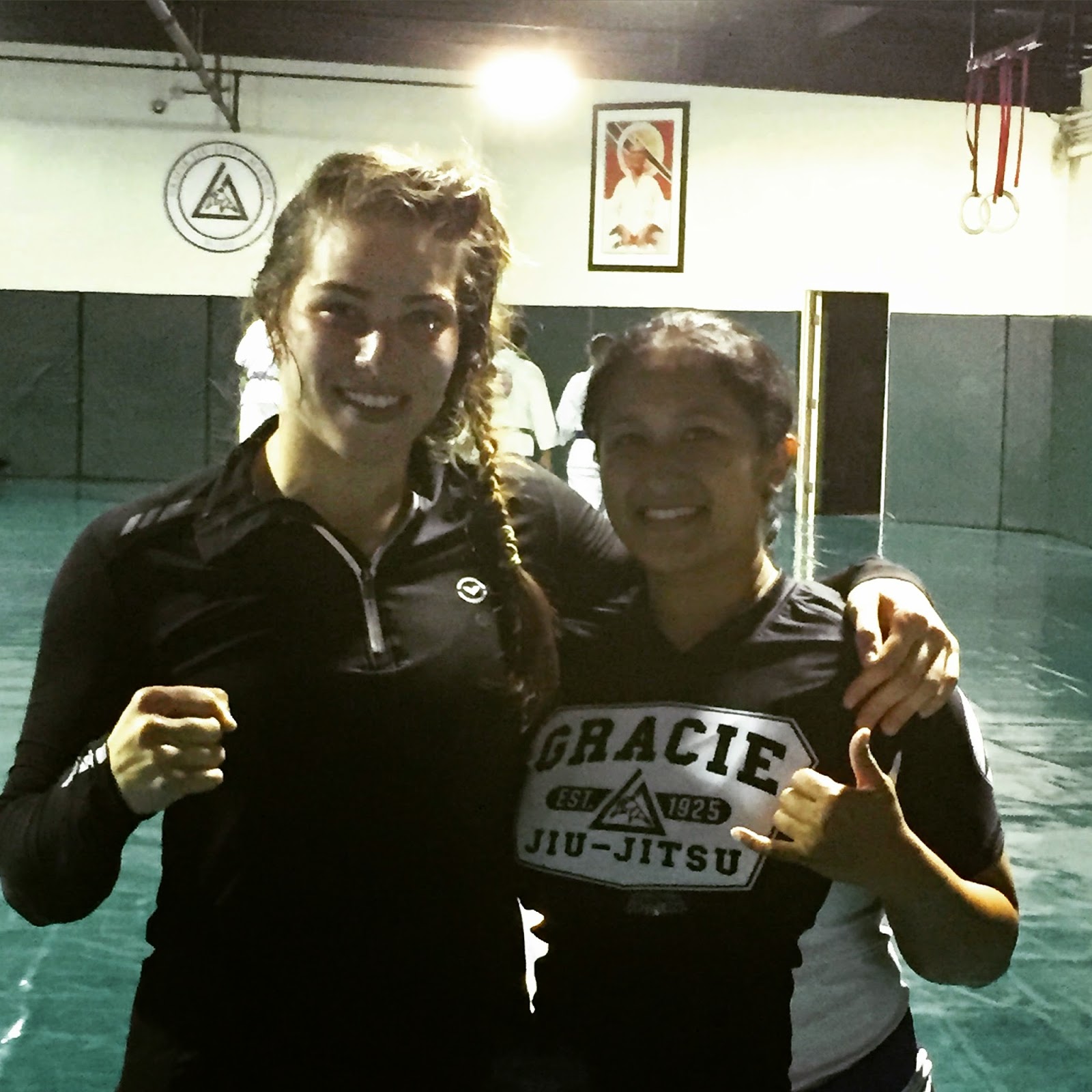 Marina Shafir showed up for a Master Cycle class!

I’ve now met 3 of the 4 horsewomen — waiting for Ronda Rousey next!!